Evidence that the picture of the Stingray was taken over this Military Reservation.

Airstrip and base (below) viewed from helicopter on 10 May 1994 when it was a Special Operations Training Center for the FBI and West Point.

Today the base is closed and is being converted to a National Wildlife Refuge.

Now look at this!

Matching up landmarks in FESTO photo with topographic features around
the Special Operations base.

As of 2018 the entire airstrip and buildings have been completely removed, and the former military reservation has become a local Shawangunk Wildlife Refuge (bird sanctuary, lol). 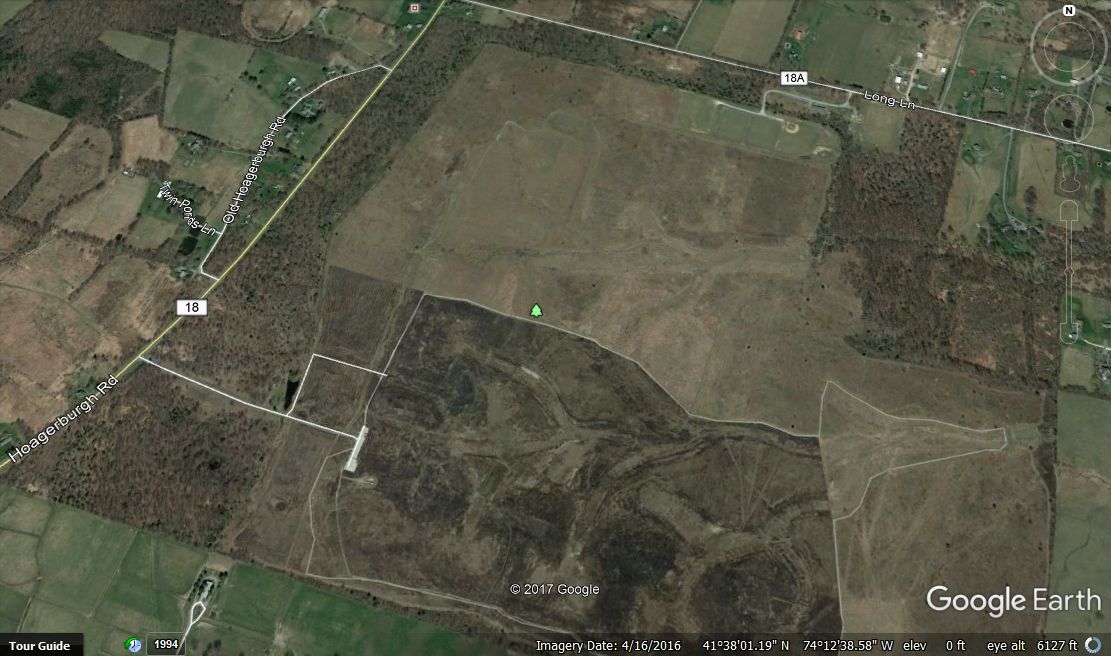 Return to Estimate of the Situation 2000: The Black Triangles.

Return to The Manta Ray.