This generalized timeline shows the two waves of migration by Siberians/Mongolians (Asia) who crossed the Beiring Strait (land bridge) to what is now Alaska, Canada, North America, Mesoamerica, and South America.

Pyramids are literally found all over the world, from southeast Asia, to the Middle East (known as step-pyramids or ziggurats), Egypt, Turkey, Spain-Canary Islands, Germany (stone-stepped cairns), Italy, Greece, Indonesia-Java, North America (stepped/burial/ceremonial mounds), Samoa, China-Tibet, and especially Mexico and Central and South America.  The most famous of all pyramids are the pyramids of Egypt, but they were separated by time, distance, cultures, style, materials, uses, and a host of other things that show that the pyramids of Egypt, and those of the Americas (built by Amerindians) are not related.

I remember that my dad used to come up with amazing inventions (innovation of new ideas is never as common as cultural sharing of currently known ideas) when I was a teenager, and within 6 months we would find out on the TV or news or a magazine or newspaper that someone else had come up with the exact same idea, but they went a step further and made a prototype, manufactured it, and sold it!  This happened again and again.  Anthropologists understand by cultural studies from around the world that it is NOT unusual for people in different areas of the world, who have absolutely no contact with each other, to come up with their own ideas of pottery, blades, clothing, tools, different shapes and styles of buildings, or even... pyramids.  Regarding the latter, their construction and design by different cultures is especially true in regards to their connection to the heavens (which is a universal phenomenon and highly revered, or even worshiped by many ancient societies), where pyramids are aligned to the stars, solstices, etc., the details of which are covered more indepth within studies of archaeoastronomy or ethnoastronomy.

This is why there are pyramids literally scattered across the globe, which have many similar features, but are certainly nothing new, and each are suited to the particular culture that built them.  To my knowledge (so far) no pyramids have been found in either Siberia or Mongolia (please email me if you know of any!), which is the original homeland of the ancestors of Native American Indians' ancestors; however, many pyramids have been found nearby in Cambodia, China, Korea, Japan (underwater), and other areas.

Pictures below are of pyramids made by Native American Indians (many cultures/tribes) and their ancestors on the soil of the Americas, or pre-homelands where their ancestors came from or lived near.  These are some of my ancestors too (I am 1/4 Cherokee/Choctaw by blood, although my great-grandparents were not on the (Dawes) rolls). 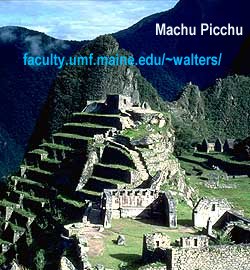 First migration wave from the Old World to the New World

The Ice Age peaked 18kya, when sea levels were at their lowest (300 feet lower than it is today), which exposed the Bering Strait land bridge so they could easily cross.
Pre-Amerindians migrated from southern Middle Siberia (predominant lineage) between the Sayan Mountains and Mongolia.  They headed northeast over the top of Alaska, then south through Canada.
There is evidence to suggest a three-wave migration (by boat) but that will not be covered here. All dates are approximate.

NOTE: DATES CHANGE FROM kya TO BC

Anasazi was not a race of people, but a culture shared by many peoples in the same area. Anasazi were located in NW New Mexico at the cliff dwellings and pithouses of Chaco Canyon and the surrounding area.
Cahokia is where the Mississippian culture (around the Mississippi river) lived.

The Mound Builders came later, but at the Cahokia, Illinois site (and many other areas in the eastern U.S.).   The mounds were built using baskets to move earth into round or pyramid (actually more ziggurat-shaped) mounds.
Toltecs lived about 50 miles north of Mexico City.  Mesa Verde pueblos were part of Anasazi culture.

Incas were at Cuzco, and Machu Picchu in the Andes mountains of Peru, South America.
The Aztecs were in the area of southern Mexico and overlapped the area of the Maya.  The Maya were centered around the Yucatan.

Second migration wave from the Old World to the New World

The second migration split off from the southeastern Siberia/Lake Baikal and Mongolia area, specifically from the Lower Amur and Sea of Okhkotsk area, and headed northeast, across the Bering Strait and on into Alaska.  After 10kya the seas rose, covering the land bridge.  Eskimos (Yupik and Inuit) are their descendants and live there today, while others moved on east into arctic Canada. Descendants include the Na-Dene (northwest N America down to the Navajo) and Native Americans (Amerinds) of North and Central America.  See maps below.

Pyramid across the world in Egypt built

The Egyptian pyramid has no relation to, nor a connection to Native American pyramids 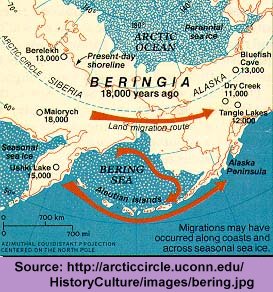 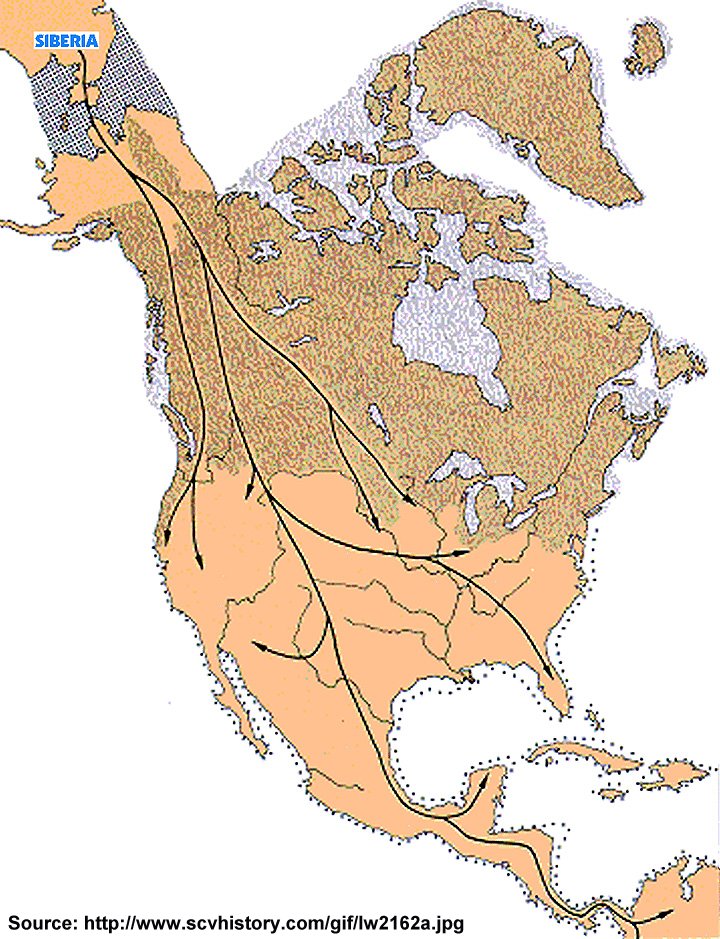 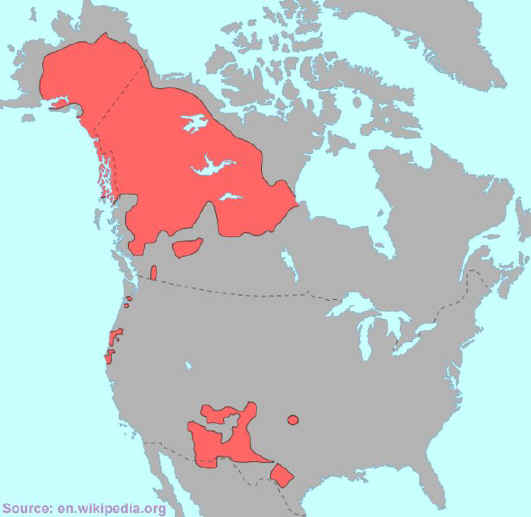 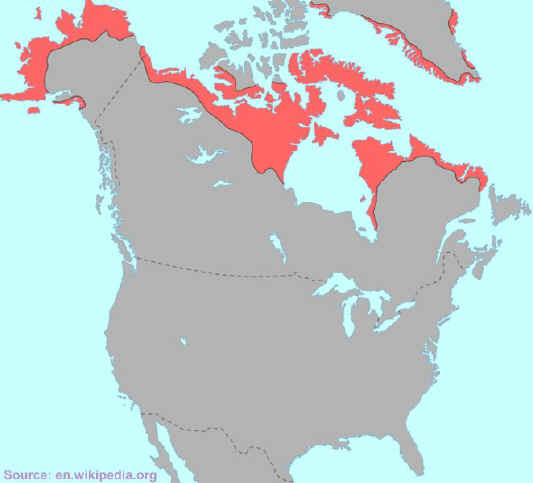 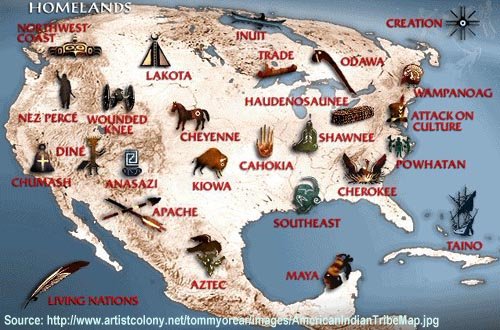 Mississippian Mound Builder and other sites 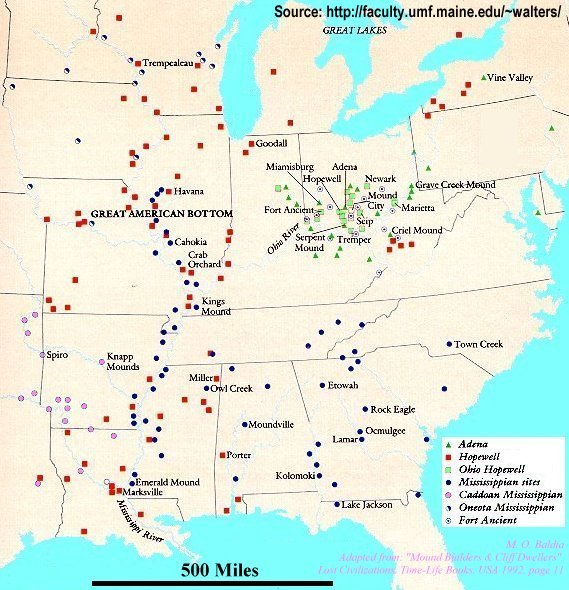 Back to Articles Page